“Girls can be entrepreneurs. I think it is matter of stepping in, starting small and then growing, little by little.”

Unemployment has long been a challenge for Rwandans living in urban areas, where it is estimated to affect 9 percent of the population. Rwandan women tend to bear the larger burden in these cases; an estimated 16 percent of women of working age are unemployed, a much higher number than the 5.6 percent of men.

Iradukunda is not afraid to be different. At only 13 years old, she already is working with multiple businesses, helping to support herself and her loved ones.

She lives with her family in the Nyaruguru district, one of the poorest areas of Rwanda, where many female students drop out of school due to financial insecurity, early marriage or teenage pregnancy. Teach A Man To Fish has been working there since February 2014. 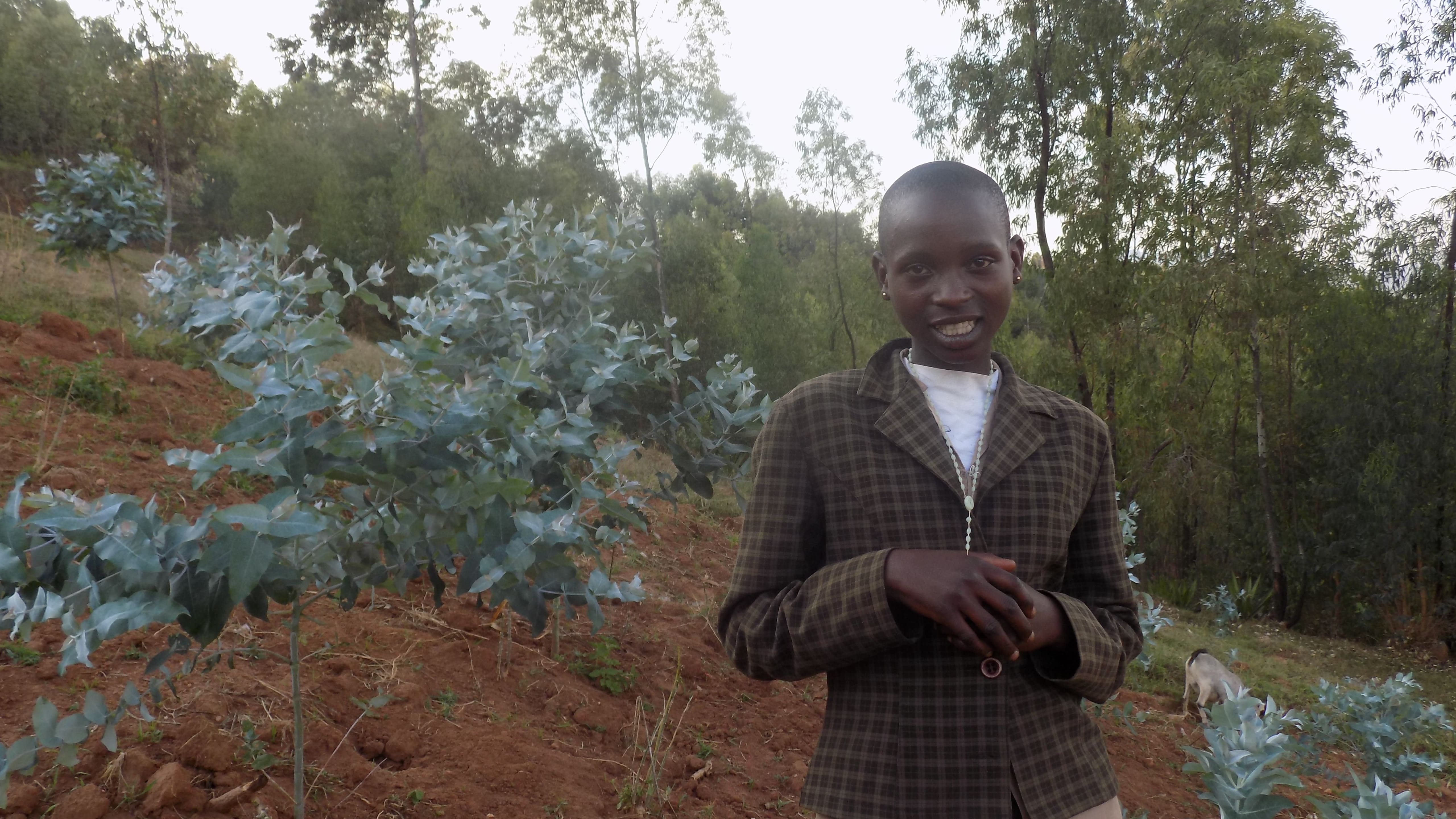 Iradukunda gained her first business experience at a young age: helping her mother sell avocados and other produce from their farm. Iradukunda said her time supporting her mother proved useful when she signed up to join her school’s nursery plantation business in 2017.

The school business was set up as a part of the School Enterprise Challenge, Teach A Man To Fish’s flagship awards programme that gives young people in schools around the world the necessary mentoring and support to plan, set up and run a school business. She even said that her experience with sales caused her classmates to nominate her to the role of sales manager:

“In our first year of production we generated 150,000 Rwandan Francs. The school and business committee decided to support some vulnerable people to run small businesses, like poultry and retailing, at home by buying them shoes. I received 3,000 Rwf. Using the sum I received, I bought two small chickens and shoes. Now both chickens are laying. I have already sold 14 eggs, at 80 RWF each.”

READ ABOUT THE SCHOOL ENTERPRISE CHALLENGE

Iradukunda says that her participation in the programme taught her a great deal, including “business idea brainstorming, counting generated profit, setting a goal to reach a target, sowing and preparing seedlings, and teamwork.” She also said it helped her grow as a person.

“Being a member of the business team changed my behaviour: I used to be a bit shy, I couldn’t talk or do anything in a team. Today, I can lead my fellow learners. In addition to this, my decision making and problem solving skills have increased.”

Iradukunda’s new skills have led her to develop big plans for the future. And not all of them involve eggs:

“I started an agro-forestry business, using cash gained after selling avocados. With the profit I earned, I bought ten eucalyptus seedlings at school and my school business team supported me with 50 seedlings. My mum gave unexploited land to sow the trees. Now I have a young forest, aged seven months. In two years I will sell one tree at 2000 RWF. I am planning to increase my forest’s size to 300 trees next year.”

Together we can help young people like Iradukunda achieve their hopes and dreams through the power of enterprise! 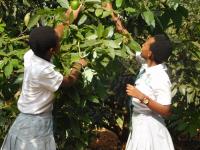